Chiffon Cake is a very light cake made with vegetable oil, eggs, sugar, flour, baking powder and flavorings. In contrast to the traditional cakes, chiffon cake achieve a fluffy texture by beating egg whites until stiff, and folding them into the cake batter before baking. Today, I will make chiffon cake with marble effect on it using my favorite chiffon cake recipe. This delicious chiffon cake is made with flour, eggs, sugar, salt, honey, vegetable oil, water and cocoa powder. The original recipe is from:
http://cookingcrave.blogspot.com/2009/07/chocolate-marble-chiffon.html 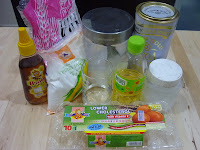 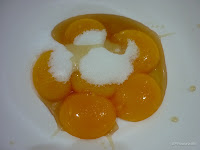 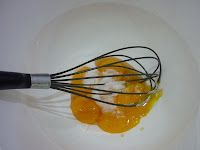 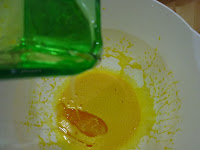 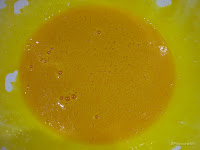 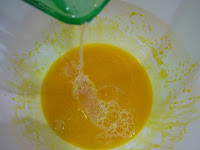 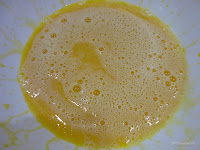 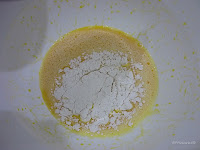 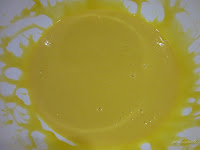 5. In a large mixing bowl, beat egg whites until foamy. Gradually
add in sugar, one tablespoon at a time and beat until soft
peak form. Finally, add in corn flour and continue beat until
stiff and shiny peaks form. 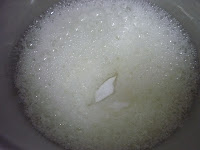 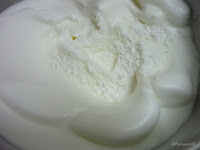 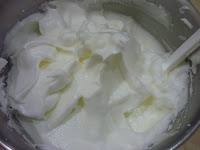 6. Gently fold in the egg whites mixture into the cocoa egg yolks
mixture and plain mixture accordingly until well combined.
(Note: make sure the egg whites are well combined with the
egg yolks mixture without breaking the egg whites. Little egg
whites left will cause a big hole in the cake but over mixing will
make it hardly rise during baking).

7. TO ASSEMBLE MARBLE EFFECT. Spoon in the plain batter to 3
or 4 different corner of the 23cm chiffon cake pan, then
continue to cover the plain batter with cocoa batter, layer
by layer until finish. Bake in preheated oven for 35 to 45
minutes or until inserted wooden pick comes out clean.
Remove cake from the oven and invert the pan immediately
until cake has cooled. 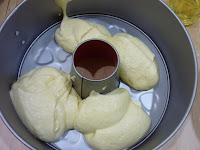 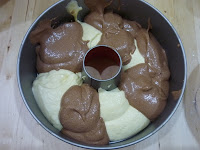 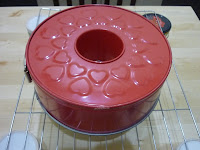 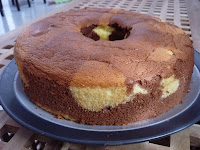 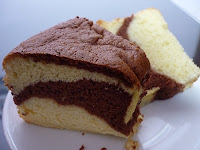 BPHouseWife
I'm a full time stay at home mum, a mother of two lovely children... I love cooking and gardening, and I love to share everything about my hobby to everyone who also have the same interest... From time to time, I will post the food that I prepare for my family...